Last time, I only saw the aftermath.

This time, I got to see it happen. 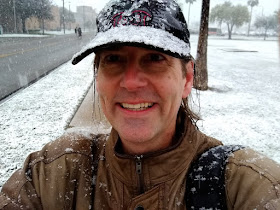 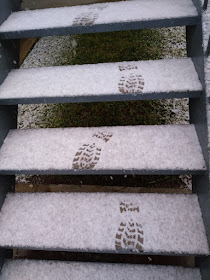 There hadn’t been snow in a century before 2004, and now twice in less than 20 years? This is crazy. 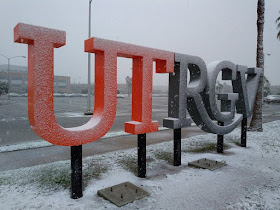 It started around 9:00 am, and ran for a couple of hours. It was big fluffy flakes that was coming down quite thick at one point. 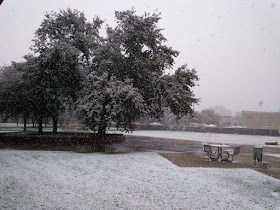 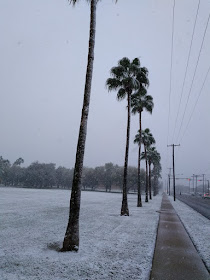 There were snowball fights outside the library. 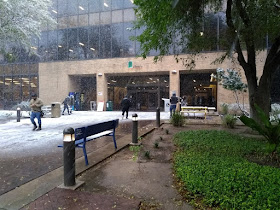 Alas, it dod not last long. After a couple of hours, it had stopped. But there was so much snow on the trees, that as it melted, it sounded like a downpour. 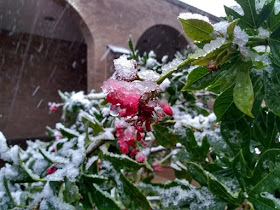 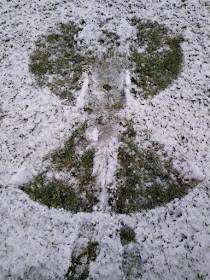 I can’t believe I got to see snow twice in South Texas during my time there. Today was pretty magical.

I’ve been inside for an hour now, and my fingers are still numb.

Something wonderful
After the (snow)fall
Once in a lifetime
Zen Faulkes at 1:14 PM
Share