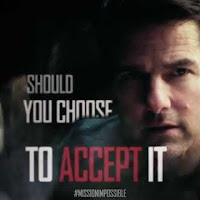 Terry McGlynn tweeted (in reply to an article I couldn’t see):

Your mission, should you choose to accept it, is to emphasize that religion and evolution are compatible.

My problem with this is that “religion” is not one thing. There are thousands of religions. There are even many branches of what is ostensibly a single religion.

For many people, they are not concerned with whether some scientific claim like evolution is compatible with some religions. They are concerned, often deeply so, if a claim is compatible with their religion. I do see how saying, “The Catholic church is okay with evolution” is supposed to convince a Protestant.

Trying to convince someone that “religion and evolution is compatible” mean trying convince people to change their religion. I am not prepared to wade into theological disputes between religions.

I do not want that mission.