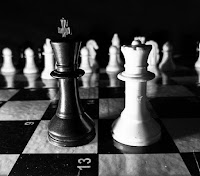 Sometimes, I hate being right.

Ni and colleagues have an important new paper on authorship conflicts that confirms something I sort of predicted back in 2018. That people with less professional and social power get hosed by authorship disputes. In 2018, I wrote, “loss of credit due to authorship disputes may be a little recognized factor driving underrepresented individuals out of scientific careers”.

Ni and colleagues confirmed that women get into more authorship disputes than men. This is despite women more often trying to negotiate authorship in advance. (To me, most surprising and depressing finding.)

To me, this supports the argument that we need more ways to help authors resolve disputes and support authors with less power. I suggested mediation and arbitration could be more common. I don’t care if people buy into that idea, but I hope that people can see that the status quo harms our efforts to create a more equitable scientific culture.

A caveat about the new paper. For some analyses, the paper guesses at gender by using an algorithm on names. This has problems. (Edit: Several authors tweeted a clarification for how this algorithm was used and that it was tangential to the main findings. Ni, LaRiviere, Sugimoto) This suggests journals should capture more data about authors than name (usually in English only), institution, and email. Or maybe that could become part of an ORCID profile. Actually, I like that idea more.

The Physics Today website has more analysis. (I was interviewed for this, but didn’t end up with any quotes in the article.) So too does Science magazine news.

Additional, 3 September 2021: I just want to emphasize why I think authorship disputes are so important for us to talk about.

But we know all these things because they are public.

It’s a major win for researchers have get access to journal records of submissions, because it’s something that is typically not disclosed and is very informative.

When we analyze citations and the like, we kind of assume that they reflect the work done. Maybe not perfectly, but reasonably.

Authorship disputes are kind of insidious because they are generally private, and affect what gets into the public record in the first place. It is an unrecognized and unacknowledged filter affecting people’s careers.