The University of Austin: Stop it, you’re just embarassing yourself.

Spotted on Twitter this morning (hat tip to Michael Hendricks):

We got sick of complaining about how broken higher education is. So we decided to do something about it. Announcing a new university dedicated to the fearless pursuit of truth::

It offers no degrees. It has no accreditation. This is its physical location: 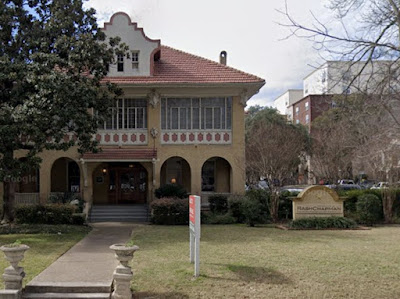 But they offer “Forbidden courses” where students can have “spirited discussions” about “provocative questions.”

Presumably for a tuition fee. Since this wouldn’t lead to any degree or course credits, not at all clear why would a student do this when they can just have an drunken argument in any bar with “provocative questions.”

Having been through the creation of a new university (in Texas, no less), I can say with confidence:

This is probably one of two things.

One possibility is that it’s a wild mix of huge egos and a cash grab. It will come to nothing besides  separating a few suckers from their money. It reminds me of a “university” created by a former US president that was sued and gave out a settlement of $25 million.

Everything about this stinks like the kind of stink that make you involuntarily gag and fight the urge to vomit.

I’m not convinced this experiment is going to last, but they seem to have money and as a general rule I think it’s wise to take the right as seriously as it takes itself.

This is true. Being badly wrong has not prevented many ideas from having amazing longevity.